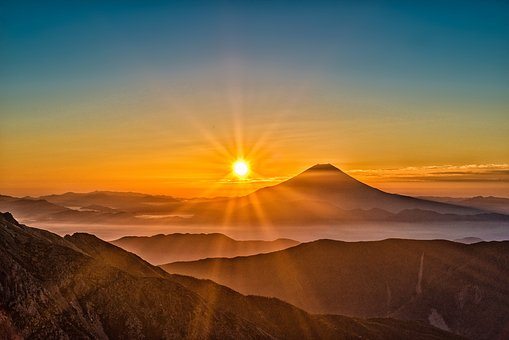 The sun is roughly 40% helium and 60% hydrogen,
which gives it the appearance of being five billion
years old. Is this a lie by you-know-who?

he “you-know-who” that this person is referring to is God, the Creator. Paraphrasing, the insinuation being made is that ‘since five-billion-year-old stars are approximately 40% He and 60% H, and since the sun has approximately that proportion of those elements, then God must have created the sun with an appearance of being five billion years old and, therefore, if the universe is actually about six thousand years old (as BCs claim) then God has deceived us’.

The errors in this question are many. First let’s make a correction: presently the best estimates are that by mass the sun is about 72-74% hydrogen, 24-26% helium and 2% of other elements. However, this doesn’t really matter. Just for the sake of argument, we’ll use the sun’s composition that was given by this person (hereafter this composition is labeled ’60H/40He’).

A major mistake is in stating authoritatively that the 60H/40He composition indicates a five-billion-year-old star. How has this ‘fact’ been established? Consider Figure 1, below.

Charts like this one result from a number of assumptions (uniformitarianism being one of them) incorporated within stellar evolution models. These models attempt to integrate observations regarding stars of different types and sizes with our present understanding about the processes taking place. For example, present understanding indicates that the Sun is losing approximately four million tons of mass every second due to mass-into-energy conversion. It is assumed that all of the stars originated the same way and that the processes and rates that we observe today are exactly the same as they have always been (the uniformitarian assumption). It is assumed that some of the stars that we observe are older than the sun; that others are younger; that they age according to many factors (such as the mass with which they begin); that stars go through cycles as they age; that similar stars go through similar cycles and many, many other assumptions.

After, and only after, those numerous assumptions are exercised do the models yield what is displayed in Figure 1. It’s not that this star life-cycle chart is necessarily wrong; it’s that the chart rests upon a huge number of assumptions most of which are unproven and unprovable. The insinuations contained in the question are thereby rendered toothless since all of the heavy lifting is done by assumptions, not by demonstrable evidence. Stated differently, equating 60H/40He with 5 billion years and with stellar life-cycle charts such as in Figure 1 is valid if and only if present knowledge, models and assumptions are correct. Clearly that is something that neither the person that posed the question, nor any other person, is able to demonstrate.

When God created the sun, it was a mature, functional and purposefully-designed star from the beginning. Every aspect of the sun – dimensions, mass, composition, etc. – was created by God so as to fulfill His purpose. One would expect that a star with a significantly different composition than what the sun has would also produce a significantly different energy and spectral distribution, one that in all likelihood would not be suitable for life on Earth. Therefore, omniscient as God is, He would have created the sun with ‘just right’ attributes so as to supply the earth with precisely the needs of the life that He was placing on it. In other words, God created the sun to serve life on earth from the very first moment, not after it had aged for five billion years. Thus, it was necessary for the sun to have ‘just the right’ composition for us – that composition is what we observe today (60H/40He, mass, etc.). It has nothing to do with deception on God’s part; it has everything to do with being perfectly designed for life on Earth.

In summary, the sun’s present composition (60H/40He) is not proof that God could not have created the sun roughly 6,000 years ago nor does it prove that the sun is billions of years old (except after exercising many assumptions). Finally, the sun’s present composition does not imply, much less prove, that God was deceitful but rather that He had to make the sun with ‘just the right’ specifications for life on Earth.