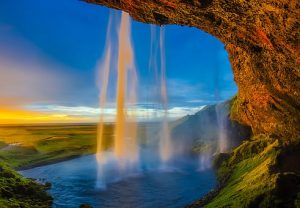 THE CREDIBILITY OF TESTIMONY

The Kuzari Principle is designed to support the credibility of testimony to the public miracles of the Jewish tradition. There is a popular critique of testimony to miracles based upon the writings of David Hume. Here I am addressing that popular critique, without entering into the much disputed questions of Hume scholarship concerning what Hume meant to prove and how he meant to prove it. [However, I did benefit from the following article: Levine, Michael, “Miracles”, The Stanford Encyclopedia of Philosophy (Winter 2002 Edition), Edward N. Zalta (ed.), URL = <https://plato.stanford.edu/archives/win2002/entries/miracles/>. [section 3.]]

The critique starts with the principle that all knowledge about the world is based upon evidence from experience. From this principle the critique concludes that one could never have adequate evidence to believe in a miracle. Here is the first formulation of the critique:

[A] Evidence for a belief about the world must come from experience. If the belief is that an event of a certain kind happened, the number of times events of that kind have happened in the past is direct evidence for/against the belief. If the event violates [what we believe to be] a law of nature, then no event of that kind has ever been experienced in the past, and so we have overwhelming direct evidence against the belief. In particular, no amount of testimony should be accepted for such an event. For, the reason to accept testimony is only that in experience testimony is often true. But the experience of the truth of testimony will always be vastly smaller than the experience that no event violating that law of nature has ever happened.

First, according to [A], how could we ever discover that what we thought was a law of nature was in fact a mistake because there are events that violate it? No amount of testimony or personal experience could ever establish that such an event had occurred, so we could never revise our beliefs concerning the laws of nature. That violates (1) since we do allow revision of our beliefs concerning laws of nature on the basis of evidence from experience.

Second, according to the explanation of the correctness of [A] [viz. the balance of evidence in experience], it is not only testimony to an event that violates a law of nature that should be rejected. Even direct experience should be rejected, i.e. those who had the experience should not believe that the event occurred. For, even if a large group of people experience the event that [seems to] violate a law of nature, the testimony of their experience is overwhelmed by the universal experience of all mankind that events like this do not happen. And the experience of the witnesses is undermined by the fact that sometimes experiences are non-veridical [illusions, hallucinations etc.].

Third, centuries ago astronomers in China observed a nova. That is, they observed a particular star over some period of time and then noticed that it was replaced by an indistinct smudge. Now imagine that this star was visible only from China. Astronomers from other countries visit China and hear their report. According to [A] they should reject it. For, in their observation of the sky the stars never change. And in their experience of human beings their reports are sometimes false. So, no matter how complete the charts of the Chinese astronomers are, no matter how precise their data, no matter intelligent and critical they are, the foreign astronomers should reject their report. But this result is incorrect. At a certain point the credibility of the Chinese observers will be sufficient to cause us to change our view. This shows that [A] violates (1).

Fourth, there are many cases where two incompatible generalizations have equal numbers of events in their favor, indeed, they may have exactly the same events in their favor, and yet we do not regard experience supporting them equally. For example, imagine that the height of the all humans in succeeding generations is as follows: generation 1 = 8 feet; gen 2 = 8 feet 3 inches; gen 3 = 8 feet 6 inches; …gen 8 = 9 feet 9 inches. Now what should we predict for generation 10? On the one hand, all human have always been less than 10 feet tall, so we should predict less than ten feet. On the other hand, all humans have been getting taller, so we should predict over ten feet. Now we do not regard this as a tie on the basis of experience. We will clearly predict over ten feet. That violates (1). [Inference to the best explanation.]

Now the critics are aware that [A] as it stands will not do. They acknowledge that if someone lives in a climate in which water is always liquid, and he hears that elsewhere it becomes solid, he may think that perhaps the conditions there are different, so that it really is not a violation of a law of nature. Rather, the true law of nature is subject to certain conditions of which he is not aware. In this way he can accept revisions to his present beliefs concerning the laws of nature: the exceptions are just events that really do agree with the true laws of nature, and reveal to us that we have not formulated our laws correctly. The justification for this move is that experience itself teaches us that our beliefs concerning laws of nature are not perfect. So we are following experience in accepting cases of this kind.

Similarly, if an event concerns an area of experience which we do not understand well, and we are aware of conditions that have effects which are qualitatively similar, even though quantitatively dissimilar, to that event, then we are justified in accepting the event. So, for example, good testimony that the whole world went completely dark for eight days could be accepted, because we are aware of shorter cases of unusual darkness for which we have no accepted explanation. Thus the reported eight days of darkness is not totally unlike our experience, and the causes of darkness of which we are unaware could be the cause. It would then be accepted as a natural event whose causes we do not yet understand.

So the critics modify [A] as follows.

We have to take all experience into account, which includes both direct and indirect evidence. Direct evidence is the occurrence or not of events in the same category. Indirect evidence includes the similarity of this particular category to other categories and the circumstances in which those other categories have been revised in the past. [Meta-induction.] Sometimes the indirect evidence can overpower the direct evidence and allow accepting an event that [seems to] violate a law of nature. But we will still believe that the event is natural [even though we do not possess at present a natural explanation of the event], since our overwhelming experience is that laws of nature are never violated. Let us call this [B].

[B] can handle the first and fourth problems – revising our formulations of laws of nature and choosing the correct generalizations. But it has a cost: (2) is surely violated, and so probably is (3). For, [B] depends crucially on the similarity of the proposed event and its category to other categories we have experienced and revised in the past. And no definition or criterion of similarity is proposed, vs. (2). It is also not at all clear why this similarity should determine which event we accept, vs. (3).

On the other hand it seems that [B] cannot handle the second or third problems. An event like the sudden motion of the stars spelling out a message, or the disappearance of a star, is not going to be based upon our experience with categories of events. Accepting it will not be based on any similarity to our revisions of laws of nature in the past. Nevertheless, it would not be right for us to deny the evidence of our senses in such cases.

Also, the absolute commitment of [B] that every event must be natural, i.e. explained by some law of nature is either empty or it is wrong. If the idea of a law of nature has any positive content, like using physical causes, or using causes that are perceptible, or expressing deterministic laws or laws that can be tested by experiments that always give the same results, then an absolute commitment that every event must be natural is just dogmatism. Indeed, in contemporary science all of the restrictions in the previous sentence are regarded as false. And other similarities, even if they have not yet been refuted, should not be protected from refutation by a philosophical principle that we will not accept events that violate them. If the similarities with our experience that the critics are using require such a commitment, then their position is just wrong. On the other hand, if the idea of a law of nature has no such positive content, then the commitment that every event is natural is empty, since it prohibits no event whatsoever.

In addition, Noam Chomsky has pointed out that the mind-body problem suffers from the lack of any clear conception of body. Action at a distance, fields filling all space, and relativity [time and mass dependent upon motion] introduce fundamentally new concepts. The steady-state theory in cosmology allowed creation of mass-energy out of nothing throughout the universe. [It was rejected not on grounds of philosophical/methodological unacceptability, but rather the discovery of the background radiation was empirical evidence against its truth.] And quantum mechanics allows the knowledge of the observer to have an effect on the reality observed. Under these conditions, Chomsky argues that we can set no limits to what could be regarded as a body. This is a vivid illustration of the argument of the previous paragraph, that no limits should be set on what we may be forced to accept by future experience. Thus there is no justification for saying that direct experience, or even very good testimony, cannot give adequate evidence to believe in the occurrence of an event that violates the laws of nature that we currently recognize, or the fundamental characteristics of those laws [including what counts as a physical body], or the methodological status of those laws, or whatever feature you care to name.

Now imagine there is a superior intelligence at work in the universe, manifesting itself occasionally in non-repeated violations of all our conceptions of how the universe works. On general grounds I think it is wrong to adopt philosophical restrictions that would make it impossible to recognize such a reality. In addition, the conclusion of the last two paragraphs implies that we are not in such a position. Once we are in principle open to any new idea that we experience, we are able to accept the occurrence of those violations, and thus recognize the reality of such an intelligence.