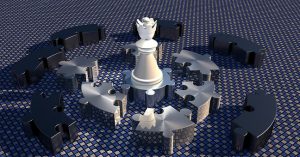 Brief Thoughts On Torah and Science

[The material below has benefited from the comments and advice of my teacher Rav Moshe Meiselman. Material in red is his. New thoughts will be added regularly. The interested reader might also look at www.toriah.org]

1.
Q: There is no evidence of a world-wide flood – no mud layer etc. And how did the kangaroos get to Australia?
A: There is no reason to expect that the flood will have naturalistic consequences. The Torah describes the event as being outside the natural order. And even details of the story which are not explicitly described as such are taken that way be the commentators. For example, the Ramban says that the ark was too small to fit everything in, even though the text does not mention this.

There are people who think that the flood was a lot of water. Chazal [the rabbinic tradition] say not. While the verse talks about restoring the seasons, which would mean a planetary tilt, Chazal refer to the cosmos as far away as the stars. It was a disruption of the entire natural order. There was a different natural order where the rules that govern our cosmos did not apply. HaKodosh Boruch Hu [G-d] ripped apart the world and put it together. Only in the Taivoh [ark] did the natural order continue. This is beyond nature.

2.
Q: You say the universe could be literally only 5766 years old and the appearance of greater age is misleading. That means that G-d is deliberately fooling us – that is outrageous!

A: He is not misleading us at all. Just the opposite. He revealed the truth to us directly in the Torah. We are using tools that may be misleading us. The dating processes are based on a series of assumptions. First and foremost is the assumption that we can project backwards with the same rates of natural processes as we have today. But even that is problematic. [Steven Weinberg, Dreams of a Final Theory, p. 201: “In several modern cosmological theories, the so-called constants of nature (such as the masses of the elementary particles) actually vary from place to place or from time to time….”] We know that the magnetic force of the earth is changing. Therefore two thousand years ago it should have been totally different than today. On the other hand other tools tell us it was the same. This is a well known problem. I have never seen a solution. However, if in the six days of creation there were rules totally different than we live by, then there is no ability to project into that period of time. If the rules during the mabul [flood] were different, we cannot even project beyond that. We are not being fooled. We are fooling ourselves. Science is not truth. It is a system that enables us to predict the future based on the past. This assumes regularity. It cannot deal with irregularity and does not plan around it. This does not prove that irregular events cannot occur. Only, science does not have the tools for this.When you allow that there were periods of time when there was a different natural order, the question of dating becomes impossible to address scientifically. The question of timing becomes meaningless because time is the relative relationship of various natural processes. Today time is measured by relating all other processes to the behavior of the cesium atom. Science cannot talk about the moment before big bang for that reason. Therefore they cannot say what caused it because that operates within a different system.

[So the question should really be put this way: Would G-d create the world in such a way that if we look at it WITHOUT THE BENEFIT OF THE TRUTH HE REVEALED TO US we will be mistaken about its nature? Now the answer to that question is clearly yes. First, we say it twice every morning – G-d makes the work of creation new continuously – Do not forget that He did not leave us to our ignorance – He told us the truth in revelation. We just cannot see the truth with our eyes. Second, traditional sources take this proposition explicitly – see Daas Tevunos [The Understanding Heart] by Ramchal, and Nes v’Teva [“Miracle and Nature”] by Rav Dessler.]

3. S. J. Gould, “Natural History,” May, 1995, p. 22: “Variation within a species doesn’t tell you how to treat interactions between species; the phenomena are disparate and exist at different scales….Causal continuity does not unite all levels; the small does not always aggregate smoothly into the large.”

4. David Raup, Extinction, p.17: “The disturbing reality is that for none of the thousands of well-documented extinctions in the geological past do we have a solid explanation of why the extinction occurred. We have many proposals in specific cases [but] …equally plausible scenarios can be invented with ease….the only evidence we have for the inferiority of victims of extinction is the fact of their extinction – a circular argument.”

5. Nature/vol. 396/ 5 Nov 1998 Melanism: “Evolution in Action, by Michael F. N. Majerus, OUP: 1998 reviewed by: Jerry A. Coyne: From time to time, evolutionists reexamine a classic experimental study and find, to their horror, that it is flawed or downright wrong. We no longer use chromosomal polymorphism in drosophila pseudoobscura to demonstrate heterozygous advantage, flower-color variation in Linanthus parryae to illustrate random genetic drift, or the viceroy and monarch butterflies to exemplify Batesian mimicry. Until now, however, the prize horse in our stable of examples has been the evolution of ‘industrial melanism’ in the peppered moth, Biston betularia. …this classic example is in bad shape… B. betularia probably does not rest on tree trunks – exactly two moths have been seen in such a position in more than 40 years of intensive search. This alone invalidates Kettlewell’s release-recapture experiments, as moths were released by placing them directly onto tree trunks. Kettlewell also released his moths during the day, while they normally choose resting places at night. The story is further eroded by noting that the resurgence of typica occurred well before lichens recolonized the polluted trees, and that a parallel increase and decrease of the melanic form also occurred in industrial areas of the United States, where there was no change in the abundance of the lichens that supposedly play such an important role. Finally, the results of Kettlewell’s behavioral experiments were not replicated in later studies: moths have no tendency to choose matching backgrounds. Majerus finds many other flaws in the work, but they are too numerous to list here.”

6. Larry Martin [one of the world’s foremost experts on the birds of the Mesozoic era], The Sciences, March/April 1988: “I began to grow disenchanted with the bird-dinosaur link when I compared the eighty-five or so anatomical features seriously proposed as being shared by birds and dinosaurs. To my shock, virtually none of the comparisons held up….the moral of the story is that such poor attention to detail has been repeated with almost every feature cited to support a bird-dinosaur relation. No wonder that [the book criticizing the link] has an undercurrent of righteous outrage, or that it has been so bitterly attacked by the practitioners of the faulty logic it exposes.”

7. Selection from Brain Sex, by Dr. Ann Moir:”But the genes alone do not guarantee the sex of a child. That

depends on the intervention or the absence, of the other factor in

sex determination – the hormones. Whatever the genetic make-up of

the embryo, the foetus will only develop as a male if male hormones

are present. The proof of this has come from studying people who have

inherited abnormalities. It is only by looking at where developmentgoes wrong that the scientists have been able to build a picture ofwhat happens during normal development.These studies have shown that male hormones are the crucial factor in determining the sex of achild.If a female foetus, genetically XX, is exposed to male hormones, the baby is born looking like a normal male.If a male foetus, genetically XY,is deprived of male hormones, the baby is bornlooking like a normal female.In the first weeks in the womb the time foetus isn’t noticeably aminiature girl or a miniature boy.It has all the basic equipment, such as vestigial ducts, tracts and so on, to develop as either sex.But as the weeks go by, the genes begin to put the message across.If things go normally, and everything follows the XY blueprint of aboy, the chromosomes will cue the development of the gonads intotestes.It’s now, at around six weeks, [!!!] that sexual identity is fianllydetermined – when the male foetus develops the special cells whichproduce the male hormones or androgens, the main one beingtestosterone.The hormones instruct the body not to bother with developing a feminine set of sexual equipment, while stimulating thedevelopment of embryonic male genitalia.At about the same time, if the baby is female, genetically XX, thereproductive machinery develops along female lines, produces nosignificant amount of male hormones, and results in a girl baby.”
8. Thomas Nagel, The View From Nowhere, p. 79:
“…the advanced intellectual capacities of human beings…are extremely poor candidates for evolutionary explanation….the capacity to form cosmological and subatomic theories takes us so far from the circumstances in which our ability to think would have had to pass its evolutionary tests that there would be no reason whatever, stemming from the theory of evolution, to rely on it in extension to those subjects.”