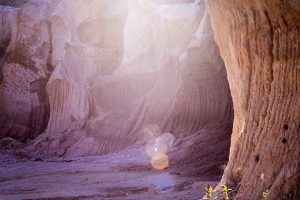 מקור: Ten Misconceptions about the Geologic Column | The Institute for Creation Research

Ten Misconceptions about the Geologic Column

The ten strata systems that geologists use (Cambrian, Ordovician, Silurian, Devonian, Carboniferous, Permian, Triassic, Jurassic, Cretaceous, and Tertiary) compose the "standard geologic column" and are claimed by many to contain the major proof of evolutionary theory. Several erroneous notions have been attached to the geologic column. The following are the ten most common misconceptions.

Misconception No. 1. The geologic column was constructed by geologists who, because of the weight of the evidence that they had found, were convinced of the truth of uniformitarian theory and organic evolution.

It may sound surprising, but the standard geologic column was devised before 1860 by catastrophists who were creationists.1 Adam Sedgewick, Roderick Murchison, William Coneybeare, and others affirmed that the earth was formed largely by catastrophic processes, and that the earth and life were created. These men stood for careful empirical science and were not compelled to believe evolutionary speculation or side with uniformitarian theory. Although most would be called "progressive creationists" in today's terminology, they would not be pleased to see all the evolutionary baggage that has been loaded onto their classification of strata.

Misconception No. 2. Geologists composed the geologic column by assembling the "periods" and "eras" which they had recognized.

The geologic column was not composed by assembling a chronology of "periods," "eras" or other supposed measures of time, but by superposition of objectively defined sequences of sedimentary strata called "systems." The "periods" and "eras" were later appended to the system nomenclature of the "geologic Column" transforming it into a "geologic time scale."

Misconception No. 3. The strata systems of the geologic column are worldwide in their occurrence with each strata system being present below any point on the earth's surface.

The notion that the earth's crust has on "onion skin" structure with successive layers containing all strata systems distributed on a global scale is not according to the facts. Data from continents and ocean basins show that the ten systems are poorly represented on a global scale: approximately 77% of the earth's surface area on land and under the sea has seven or more (70% or more) of the strata systems missing beneath; 94% of the earth's surface has three or more systems missing beneath; and an estimated 99.6% has at least one missing system.2 Only a few locations on earth (about 0.4% of its area) have been described with the succession of the ten systems beneath (west Nepal, west Bolivia, and central Poland). Even where the ten systems may be present, geologists recognize individual systems to be incomplete. The entire geologic column, composed of complete strata systems, exists only in the diagrams drawn by geologists!

Misconception No. 4. Strata systems always occur in the order required by the geologic column.

Hundreds of locations are known where the order of the systems identified by geologists does not match the order of the geologic column. Strata systems are believed in some places to be inverted, repeated, or inserted where they do not belong. Overturning, overthrust faulting, or landsliding are frequently maintained as disrupting the order. In some locations such structural changes can be supported by physical evidence while elsewhere physical evidence of the disruption may be lacking and special pleading may be required using fossils or radiometric dating.

Misconception No. 5. Because each strata system has distinctive lithologic composition, a newly discovered stratum can be assigned easily to its correct position in the geologic column.

Sandstone, limestone, dolomite, shale, chert, salt, conglomerate, coal and other rock types are not diagnostic of specific strata systems. Therefore, a rock's physical appearance cannot, with certainty, distinguish the system or strata level to which a rock may belong. The sequence of rock types is more useful, but hardly an infallible guide to correlation. Thus, the Cambrian System on an intercontinental scale is typically composed of quartzose sandstone, overlain by glauconitic sandstone with dark-brown shale, overlain by impure, light-brown limestones.3 The correlation of "Cambrian" strata is further strengthened by the presence on an intercontinental scale of an unconformity (surface of erosion) at or near the base of the system. Each rock type is not distinctive of the Cambrian, and neither is the unconformity, but the sequence may be.

Misconception No. 6. Fossils, especially the species distinctive of specific systems, provide the most reliable method of assigning strata to their level in the geologic column.

Bed-to-bed correlation of strata to their "type system" area is the most reliable method of assigning strata to a system. The data from oil well drilling, seismic surveys, and surface geologic mapping is of such character that subsurface correlation of lithostratigraphic units of the thickness of systems is possible on a continental scale. Although some fossils appear to be distinctive of certain systems (most fossil taxa range through a few to several systems), care must be exercised in correlation by fossils. First, the stratigraphic range of a fossil type is always open to extension as new fossils are discovered. Second, when an extension of a fossil's range may be required, geologists may call upon erosion (reworking fossils into younger strata or leaking fossils into older strata) and structural events (overturning or faulting strata and fossils). An example of the first problem is the monoplacophoran mollusk Pilina, which might otherwise be considered diagnostic of the Silurian System, except for the startling discovery that Neopilina lives today, and, therefore, would be expected in any system overlying the Silurian. For these reasons correlation by fossils must always remain tentative awaiting further confirmatory evidence from lithostratigraphy. We should look very skeptically at strata correlations which rely solely on fossils.

Misconception No. 7. Sedimentary evidence proves that periods of millions of years duration were required to deposit individual strata systems.

Before radiometric dating was devised, uniformitarian geologists postulated "periods" of millions of years duration to slowly deposit the strata systems. A single sedimentary lamina, or bed, was supposed by uniformitarian geologists to represent typically a year or many years duration. It was concluded, therefore, that multiplied thousands of laminae and beds superimposed required millions of years. Recently, however, geologists have discovered that laminae and beds form quickly on floodplains of rivers during floods, in shallow marine areas during storms, and in deep water by turbidity currents. The evidence of rapid sedimentation is now so easily recognized that geologists observing a strata system these days often ask where to insert the "missing time" of which the strata do not show sedimentary evidence. Catastrophism, quite naturally, is making a come-back. There is good reason to believe that entire strata systems, and even groups of systems, were accumulated in a hydraulic cataclysm matching the description of Noah's Flood in the Bible.

Misconception No. 8. Radiometric dating can supply "absolute ages" in millions of years with certainty to systems of the geologic column. 10

Geologists and geochronologists assert that radiometric dating verifies that individual strata systems and their strata are millions of years old. When asked to document the most reliable radiometric age dates, geologists usually point to isochron and concordia plots which employ multiple isotopic analyses, which they claim will remove the effects of original "contaminants," and display the "age" of a rock in graphical form. However, we find geologists often reporting isochron plots which are discordant with the accepted "ages" of strata systems.4 Frequently, these discordant isochron plots "date" strata systems much older than even the accepted old ages customarily assigned to the systems of the geologic column. Geologists should be asking which, if any, of the isochron plots should be accepted as "absolute ages," and if the discordances do not falsify the assumptions upon which radiometric dating is based. Geologists need to consider radiometric methods which indicate ages of thousands of years for strata systems,5 as well as general indicators supporting young age.

Misconception No. 9. The environmental "pictures" assigned to certain portions of the geologic column allow us to accurately visualize what its "geologic ages" were like.

Books, films and museum displays contain illustrations asking us to visualize what earlier "geologic ages" were like. These "pictures" show supposed primitive earth conditions, specific environments with sediments being slowly deposited, inferred "transitional organisms" evolving toward familiar forms, and whole communities of organisms "at home" with other organisms absent. Perhaps the most blatant environmental picture" has been assigned to lower Precambrian strata, formed when the earth supposedly had a reducing atmosphere and an "organic soup" in which life evolved. Yet, geologists have yet to find sedimentary evidence for the reducing atmosphere and the soup.6 This reminds us that accepting an environmental "picture" requires much imagination from a meager supply of facts.

All the animal phyla, including chordate fish, are now known as fossils in the Cambrian System. No ancestral forms can be found for the protozoans, arthropods, brachiopods, mollusks, bryozoans, coelenterates, sponges, annelids, echinoderms or chordates. These phyla appear in the fossil record fully formed and distinct, in better agreement with the concept of "multiple, abrupt beginnings" (creation) than with the notion of "descent from a common ancestor" (evolution).

wpDiscuz
You are going to send email to
Move Comment