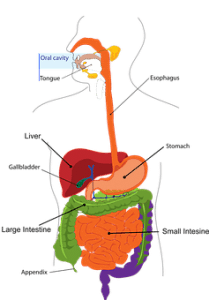 מקור: The Appendix: A Thorn in Evolution’s Side? | The Institute for Creation Research

The Appendix: A Thorn in Evolution’s Side?

The appendix is a worm-shaped organ attached to the entrance of many mammal’s colons. It contains lymphatic tissue, which integrates with the body’s circulatory and immune systems. Researchers recently discovered that it harbors a cache of beneficial bacteria that can recolonize the gut after alimentary trauma. In contrast, Darwin imagined that it was a useless leftover from a distant evolutionary past. Darwinists today expect the appendix to appear in animals that supposedly share evolutionary ancestors. But details from a new study on the appendix refute both Darwin and Darwinists.

Publishing in Comptes Rendus Palevol, an international team mapped the distribution of mammalian appendixes onto a preconceived picture commonly called a “tree of life.”1 These diagrams depict which animals are supposedly most closely related to others, and they assume that all the represented creatures share a common ancestor.

The tree of life should reflect evolutionary origins if the appendix showed up along lines of evolutionary ancestry. But, as is typical when constructing these imaginary trees, the data did not fit any evolutionary pattern.

The study authors found the appendix in 50 different mammal forms, most of which they believe to have evolved along separate lines of ancestry. For example, some primates, some rodents, and certain carnivores harbor an appendix, but it doesn’t appear in all members of any one of those categories.

Science Now said about the study, “They found that the 50 species are scattered so widely across the tree [of 361 mammals] that the structure [the appendix] must have evolved independently at least 32 times, and perhaps as many as 38 times.”2

Non-evolutionary patterns are the rule, not the exception, for mapping traits onto these trees. Famed evolutionary apologist Ernst Mayr suggested, based on totally different eye designs among fossils, that eyes evolved separately from 40 to 65 times.3 Some mollusks have eyes like vertebrates, others have unrelated eye designs, and some have no eyes at all.4 Arthropod eye designs are often completely distinct from one another. The mantis shrimp sees 12 primary colors,5 and some lobsters use reflective, instead of refractive, compound lenses.6 Wouldn’t a Darwinist expect the first eye to evolve in the supposed ancestor of the aforementioned mollusks or arthropods, and for their descendants to simply inherit that same eye design?

Bioluminescence is another feature found scattered throughout dozens of totally different creatures, prompting one team of evolutionary authors to suggest that it evolved “likely more than 50 times.”7 With all this evolutionary innovation supposedly having occurred in the past, one wonders why there are no examples of new organs evolving today.

Each creature that can see or glow possesses all the required parts for those respective organs and everything is already fully integrated, just as one would expect if God created them. Similarly, the mammalian appendix appears fully formed in those creatures to which God decided to place it. The appendix functions fine unless infected, and is not the useless organ that Darwin imagined.8 Although the tiny appendix dangles on the wrong branches for evolution, its distribution among mammals fits biblical creation just fine.

* Mr. Thomas is Science Writer at the Institute for Creation Research.